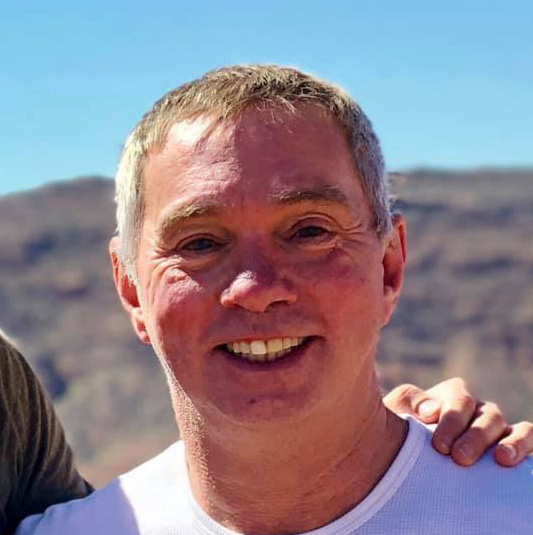 How I spent Spring Break, and finding MWAW

You may have noticed that I do not post much. I am probably the dumbest person in this group. I acknowledge and accept that. I have never been a member of the LDS church and sometimes I struggle a bit.

My young life was fairly unremarkable. My parents Walter J and Dorothy E tried to get married in 1952. But, my father was Presbyterian and my mom was Roman Catholic. Neither church would marry my parents. They were finally able to marry in the Episcopal church. I was baptized Episcopalian.

I was born Robert Allen on Feb 6 1954, six days after my brother’s first birthday

(yeah, I am older than you think).

My family was fairly non-religious. We alternated between a Methodist church and a Catholic church. My parents allowed us to determine what church we gravitated to religiously. As long as we accepted God and Jesus.

About the age of 14, I made the choice to be Roman Catholic. This made my mother and grandmother very happy, but my father and brothers said I was attracted to the “fancy robes and the mass”. I spent 9 months in study with a local priest to actually become a catholic. The day I made my first communion and confirmation in the cathedral I was alone. Not one in my family attended. The bishop changed my middle name to Thomas as there was no saint named Allen. So my name in the church is “Robert Allen Thomas”. I became a devout catholic. I attended mass every Sunday, believed the scriptures, and observed the high holy

days. I served mass with the bishop.

All the while I was dealing with thoughts of my “gay” tendencies. I was a very athletic boy and was pursued by the teams in high school and in college. But, I was way too timid to pursue an athletic career. When I was 16 I fell in love with a boy 2 yrs older. He was drafted and he went to Vietnam in October. In February we was dead. I was devastated. My brother came home from his funeral and told my dad how upset I had become. Dad took me aside and told me that there are no “queers” in the family. So, I just shut down for a few years.

After several years of shutdown, I did what was required and I married a woman. She is a special person and I will always care for her. I have a wonderful son, who is 10 yrs older than my loving Michael.

My dad got lung cancer and I was designated to manage the estate. I was called to Ohio by the doctor “because it was time to put things in order”. I spent 3 days alone in the hospital with my dad. No one else came. We were talking and he said “I wish I had not wasted so much of my life. I know you are missing what you need to make you happy. Go and find that happiness no matter who he is”. My dad slipped into a coma and was gone 2 days later.

I finally had to embrace that I was gay and move on in my life. It was a hard period of my life. I lost my wife, my son, and most of my family. My mother was worried about the church and my soul and went to the bishop. He told my mother that God loved me and accepted me as a gay man and not to worry. I was then stripped of my sacramental rights. I was called to the cathedral to chat with the bishop (who later became a cardinal). He urged me to pray and to give up my gay life and that God would guide me back to the church. I said to him that I had read the bible and could not find a place in the New Testament where Jesus said that being gay was wrong. I said from what I see Jesus taught love and acceptance of all people. His response was “Who told you it was ok to read the bible?” I told him that the catholic church was not following the teachings of Jesus and there was no reason for me to stay. I got up and walked out. I never went back to a catholic mass again.

I struggled with God for a few yrs. I still believed in God and the teachings of Jesus. What did God want from me? How do I serve? Where am I going to find the truth and the comfort that I needed?

I found an Episcopal church and had an answer to things I had been questioning for yrs. I was there one Sunday and the visiting bishop said “The bible is not real. It’s a group of stories that help you lead your life.” My eyes flew open, it’s the closest thing I had believed to be the truth in all my life.

I was living in Las Vegas and one night in 2013 I was called by a friend who was a dancer at a club to meet for breakfast. That night i met Michael. We hit it off immediately. There was an undeniable connection. From that day forward we never went a day without chatting (almost 8 yrs). We started a long distance relationship he in Salt Lake City and I in Las Vegas. We traveled back and forth to visit each other for weekends. One weekend I was in SLC and Michael had some family things to attend to so I was alone in our hotel suite in downtown SLC. I found the Book on Mormon in the bedroom and started reading. I found it

amazing and kept reading. Michael became my BOM advisor and helped me understand.

One day I was hiking in the mountains around Las Vegas, the trail was steep and hard. I climbed up on a rock overlooking a river and said “Oh God, I don’t think I can go further” the answer was “You are not done, get up and keep going”.

Michael and I attended a retreat with a group of people in the fall of 2015 (I think). While there, we met a now good friend Damon. We had a conversation about the LDS church and our search for a true faith and church. He said “Search for the Sealed Portion”. We found it and both started reading. The Sealed Portion answered so many of my questions, I cried and was enthralled. I, a former catholic, read every word of the Sealed Portion and found what I was looking to find.

Michael and I chatted every day and we always chatted about MWAW. We attended the 2016 symposium together. That year the Humanity Party was launched to our surprise he became president making me honorary first gentleman. The following year 2017 we were at the symposium and I was living in San Diego at the time. We had a conversation about my moving to SLC and decide that is what we needed. I closed out my responsibility in San Diego and moved to SLC.

We talk everyday about the “work”. It is and important part of our life.

I kept going. I am happy.