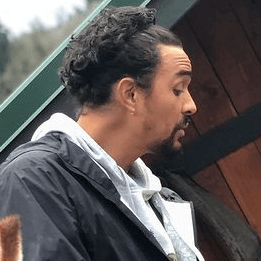 Chris is not my leader. He is neither my king, my teacher, nor my preacher.

To me, this is important to say.

It is important because I will dedicate my life to the Work – God’s work – which has been delivered to me by Chris. I follow the Royal Law. No other. No man, scripture or priest will have sway over me. This reality is beyond important from this day forward.

People will smear Chris, he will be cast down and trod upon. Though I love him, as I do you, and I thank him for his work, he is not the one I follow. They cannot smear the one I follow. When I am assailed, they must find weakness in the Rock I’ve built upon, which there is none.

I was not raised Mormon. Some of my first memories were in Baptist Sunday school. I was taught to beware the many conditions and precepts of other denominations and religions. I was taught of grace, modesty and abstinence. I spent 16 years going to church with my parents. I am grateful for my Baptist upbringing.

For two years, my family practiced a form of Judaism called Messianic Judaism. We, like others of the Jewish faith, believed God’s promised Messiah had already come, and we awaited the second coming. We held Jesus Christ to be said Messiah, putting us in a strange limbo – rejected by Judaism for choosing the one Messiah a true Jew never could, and excommunicated by the Church for adhering to the Law of the Old Testament.

In Temple, I learned of the rigidity of the Mosaic Law. I learned of the heavy yolk Christ delivered us from. I learned the “wise” interpretations of holy texts. I met some of the most brilliant minds I’ve ever encountered. I am grateful for my time in Temple.

In my twenties, I wandered far.

As a child, my favorite books of the Bible were Revelations and Daniel. Though my fat ears couldn’t hear, I enjoyed the visuals. David and his Psalms were hit or miss for me, but I loved the idea of the Warrior King. Those aside, the rest of the Bible felt wrong to me. Not the concepts. The rationale behind many of even the strangest Mosaic Laws exists. For me, it was the prose, the actual text itself. The sentences were confusing. They were so poorly translated- I assumed- and heavily edited, I hated reading the Bible. Even the words of Christ felt convoluted. I couldn’t understand why I could make no sense of them on my own. Why did I need help to understand the words of my Father, my God, who made me? Why were there so many interpretations of the same text, a text all bickering parties agreed were the words of God?

The freedom of college allowed me to explore. I graduated university with a worthless degree and left my family thousands of miles behind. I continued to explore — academically this time.

When I was 27 I found a thread on a message board. The writer posting spoke in such a plain, simple manner, I was hooked. For two years, I read and re-read the posts, scouring the internet for more truth.

When I was 29, I found “The True History of Religion,” Real Truth and The Real Illuminati®. After TTHOR, I read “Human Reality.” “666: The Mark of America” was next. The latest, “The Fullness of the Everlasting Gospel” finally snapped the last twig of skepticism.

“Chris must have a direct line to Real Truth,” I thought, “this makes sense! It makes sense! Someone would say these words! Finally!” The blanks were filled in. The inconsistencies in the Sermon on the Mound I’d been raised with were explained, the mysteries unraveled.

I am 31 now. I’ve been exposed to Real Truth, and I crave it. Nothing else satisfies me. Chris writes with plain, Real Truth. My Father’s Truth. I believe that. If I ever meet him, I’ll buy Chris a beer. I really appreciate it.

Glory to Him who fashions such perfect tools to bring about His end.